It is controversial. It divides opinions. Does it really exist? And ultimately, is it really about the children? I mean deep down really, or is it just spite? I’m talking of course about parental alienation. If you are effected by it, you know the answers. Yes, this is as real as it gets. Doubters will always have their reasons for not accepting its existence. However, proving one way or another within a court of law seemingly is easier said than done. Until the legal system is updated accordingly, there will always be long, expensive cases which cause more upset and turmoil, leaving those negatively effected by parental alienation finding it hard to cope.

So, the million-dollar question is how you cope with it, and what is the best way to get out of it? If you have the answer that suits everyone, then you’ll be extremely wealthy if you decide to sell it.  In my opinion, there is not one answer. Yes, the situation might be the same, as in you don’t see your child(ren), however, everyone’s circumstances are different, or should I say, whoever you are up against will differ.

Lets put it simply, it’s a battle, a war. One with no real winners. It has losers… The children.

Some lobby to change the law, but the laws that hinder us were first passed to protect those in danger. These situations still exist so is it as simple as, change the law to 50/50 shared parenting across the board? For me, that would be perfect, but the problem with that is that if my relationship with my children is put under so much pressure that it causes them more harm and distress then is that in their best interest?

“The extreme stress you endure during this time will ultimately cause you either mental or physical harm, most likely both.”

I should point out that I’m not agreeing or disagreeing with any form of trying to improve matters, but I think that we must look at this from all angles.

The extreme stress you endure during this time will ultimately cause you either mental or physical harm, most likely both.  Like most men, I wouldn’t really speak to anyone about my situation. I bottled everything up which ultimately led to quite severe stomach pains. After finally agreeing to see the local G.P. thinking I would get some medication to treat the pains, I found myself with a prescription for antidepressants.  It seems that your stomach has its own nervous system, that’s where the term gut feeling comes from, and when your brain finally says enough is enough, your stomach is the first body part to feel actual physical pain. So, my advice is please, do not bottle things up, and getting some help is not a sign of weakness. I regret not going sooner as it does help put things clear in your mind.

So, what have I decided to do about my circumstances?…

Well, firstly I do not use social media to vent. It is very easy to swear and tell others exactly what has happened to you. Very quickly others join in with you and fan the flames of anger. One of the biggest messages you come across is ‘in the best interests of the children’, and it’s true. After all, the reason why you feel so low is that you love your children unconditionally. But is posting bad language and abusive comments about the other parent really in their best interests?

You must not forget that however much they have hurt you, and however much you want them to pay for what they have done to you and put you through, your children are under their control, and you are giving them all the ammunition they need to drive the wedge between you and the children even deeper.

“I get it, you’re hurting, you want justice and you want it now.”

Once it’s on social media, it’s there. With the added concern that Family Court will also scroll through social media, then it’s a very dangerous game to play.

But I get it, you’re hurting, you want justice and you want it now. But this is not an overnight fix because the harsh reality is if you were dealing with a reasonable individual then you wouldn’t be in this situation in the first place.

When I saw that there was no way that I was going to be allowed to have a relationship with my children by the other parent, I knew then that even though there was a court order in place, yes, I’ve done the court route and expensive and pointless is my conclusion; it was detrimental for them to continue seeing me. The issue with the courts is that they simply don’t know what happens behind closed doors. Lawyers can create scenarios to best suit their client, and the whole thing becomes a real-life soap opera, basically fictional.

Like a lion in a zoo, you can see in their eyes when they have given up the fight, I could see in my children’s eyes that they were suffering.

“There is something positive about living in the present and not the past. Churning over memories will drive you insane.”

I started to write my children letters, and just keep them safe. Nothing about the other parent, nothing derogatory or abusive. Just letters about how much I loved and missed them. The letters continued, and I then also started making videos. There is something positive about living in the present and not the past. Churning over memories will drive you insane. By talking to them as if they were there is calming and pulls you back into the present and even the future which is a much more positive place than the past.

After a while of making these videos and letters, I then got a little frustrated that they were just sat on my phone.  I’m sure everyone has heard the ‘one day when they are older’ line, but my thinking was… What if they think I’m an asshole?

So, I came up with the app Absent. One platform where people can reunite and learn the other side of the story. As we all know, there are always two sides to every story, right?

Included in Absent will be a private journal feature if you wish to use it. The private journal feature will safely store all the letters and videos that you make, ready for when your children are ready. Once you allow access after ensuring it is them, with some fancy technology, they will be able to digest everything you’ve put on there before you reunite.

As far as I’m concerned, that is in the best interest of the children.  Everything private, no manipulation of social media posts by anyone, no pressure put on them. Even though I am aware of messages being circulated about myself regarding the creation of Absent, by making that public, or responding in kind is not in the best interests of my children. It’s hard enough growing up these days without the added embarrassment of parents slinging mud on social media sites. 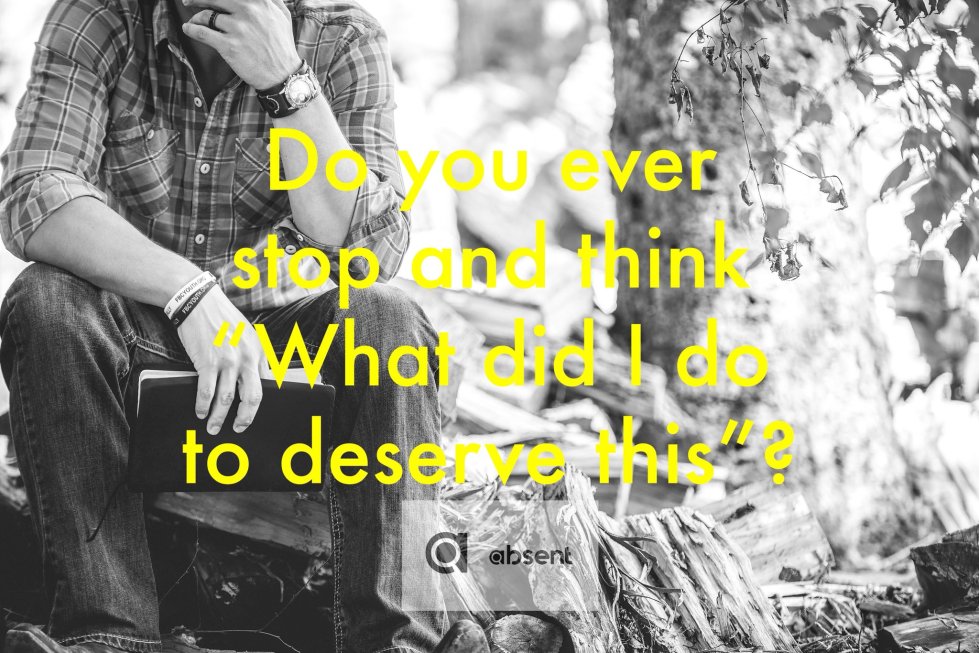 Even though this might take some time, it will provide a chance of a long lasting meaningful relationship. Again, there are other avenues to take, but having an Absent account running alongside will do no harm whatsoever.  If things change sooner, before the need for an Absent account, then amazing.

But if you’re not that lucky, you might be glad you had one.  Why not check it out in the App Store.

We are also more than happy to feature quality content by writers; any wish to remain anonymous will be respected, as is the case above.