“Falling in love is not an act of will. It is not a conscious choice. No matter how open to or eager for it we may be, the experience may still elude us. Contrarily, the experience may capture us at times when we are definitely not seeking it, when it is inconvenient and undesirable.” Wrote M. Scott Peck in 1979 in his book The Road Less Traveled: A New Psychology of Love, Traditional Values, and Spiritual Growth

I fell in love with a married man. I did not go out of my way to do this. We worked together. It was not an office job, it was a hands on job where our communication skills and our compassion were demonstrated daily. We had similar values, similar way of managing situations, similar musical tastes and most importantly we found laughter in all types of situations. So without any fault or any planning we were automatically drawn to each other and fell in love.

As time went on it was obvious we were meant to be together. Not a kiss or a handhold happened until one day he came to me and told me he had told his wife about me. He would not have an affair and came clean to his wife. He had too much respect for everyone involved to be untruthful and live a lie. The morality of his actions impressed me and made me respect and love him even more. This was a man who would always be truthful even in such difficult circumstances.

“She not only stopped him seeing his own children but also brainwashed them into hating their father.”

The outcome of this decision was disastrous for my now partner and his children. His wife told him that he would never see his children again if he left. She not only stopped him seeing his own children but also brainwashed them into hating their father. There appears no opportunity to challenge this because there was and still is no way he can get to his children.

All family who were supportive of my partner’s decision were also denied contact with his children. This woman, my partner’s ex-wife literally had all bases covered. No contact due to false allegations against my partner gave her time to effectively brainwash his children that their own father had abandoned them ALL and taken all their money too. These false allegations ultimately gave her enough time to sow the seeds of hatred in their minds towards their own previously loving father.

“The kids need time,” was a comment made by their mother to the professionals involved. These professionals were and still are clearly underqualified and unaware of such complex cases of contact denial. Sadly the professionals dealing with the case could see which parent was exhibiting the emotional abuse but remarkably bought into this “the kids need time” bullshit. Such lack of understanding by the professionals involved resulted in the facilitation of this needing of time being awarded to her. As such the children’s negative perception of their own father has become further entrenched. As anyone who knows anything about contact denial between children and loving parents, time apart is the worst thing possible.

What I have described above is known as parental alienation. Find out more by visiting the Peace Not PAS page What is Parental Alienation?

Many of us will have all come across it but simply do not know there is a name for it. Over the years I have so often heard people say their exes are useless or their dads didn’t care about them and they are better off without them. You don’t think about it – you take what they say as the truth. Why wouldn’t you? 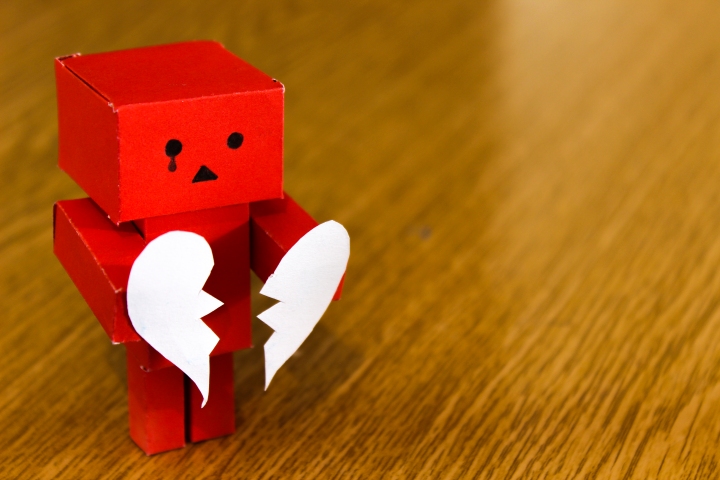 I remember as a child, my friend had one of those fathers who was always at the childrens parties and always playing with his children and involving himself in all the activities. One day he left.

My friend simply told me that her, her mother and brother were “fine on our own.” That never made sense to me and now I see the parallels of the two situations. The children’s mother would openly make disparaging remarks about the father to her friends in full earshot of the children. She would then scold herself and pretend she should not make these comments as they would influence the children. Rolling her eyes when his name was mentioned or reminding everyone who would listen that they were short of money and had to “go without” knowing this would reinforce the childrens beliefs it was due to their father’s departure.

She would inform others proudly that the children had made their own decision in cutting him out of their lives. They claimed they had high morals and would not accept the injustices they had had to suffer due their father’s “bad choice.” Comments such as “he’s the one missing out,” “he’ll regret this” wrongly make the child feel they are valued by at least one of their parents and their decision to cut the other parent off is the right thing to do.

“People are shocked that the judicial system and the services who are meant to safeguard children allow such abuse to continue unchallenged.”

How difficult it must be for any affected child to challenge these unkown false beliefs and potentially get hurt by the awful parent and risk losing the love and praise of the alienating parent.

Whenever my partner and I tell our story, people are shocked that the judicial system and the services who are meant to safeguard children allow such abuse to continue unchallenged.

“As parents we are meant to protect our children.”

We live in an age now where we no longer have to stay in unhappy unfulfilling relationships. It’s acceptable and its common. People separate. Life goes on. But as parents we are meant to protect our children’s feelings throughout any difficulties.

As a mother I cannot imagine putting my son to bed knowing that he feels unworthy, abandoned and unloved by his other parent. Parents are meant to love their children. Imagine the thoughts and feelings in a childs head when they are wrongly informed that their other parent no longer loves them! I want my child to feel all the love in the world and raise him to feel loved and knowing he can achieve anything.

My partner is a great role model and definitely positive step-father material. He is responsible, kind, respectful and funny. Although very quickly a bond took place between them it took about six months for my partner to be able to play with my son. He spends time playing karate, lego and cars with him and although enjoying it I know that in his mind he wishes his children were with him too. Some days he will make a polite excuse as he is unable to play with my son. Children activities and parties are usually a no go-er although occasionally he may feel strong enough to come along.

Life is not black and white. Its grey and if you look out for them you’ll notice snippets of rainbow colours. Of course my partners ex can vilify and hate me as much as she wishes. To her I am a ‘skank’ and that is fine with me. I ‘stole’ her husband.

But ultimately she needs to deal with that in her own way. Drink, cry, exercise, join a group, take up a hobby, change her hair.

Searching Google Images one will find thousands of quotes about mothers protecting their children. “Hell hath no fury like a mother protecting her children” is just one of many slogans to be found online.

However, tragically for my partner’s children their alienating mother is attempting to ‘buy into’ this parental stereoytpe by attempting to be seen by others to be protecting her children.  However, whether she knows it or not she is doing the complete opposite.

We are also more than happy to feature quality content by writers; any wish to remain anonymous will be respected, as is the case for the writer above.

4 thoughts on “Falling in Love and Parental Alienation”