As our network continues to grow, our gender neutral approach and constructive, child-centered, shared-parenting ethos is attracting a fast-growing movement of like-minds. This community now includes parents, step-parents, siblings, grandparents and professionals who share our vision.

Alison Bushell has been with us from the beginning. She is one of our trusted advisers and one of a very select number of individuals we will be happy to recommend as we trust her approach and her motives. As an illustration of why we are happy to endorse her and in order to give those experiencing the darkest of days hope, we have asked her to share a reunification case study, which we will serialise over a series of posts:

I received a referral from my now team member Amanda (more from Amanda later) who was at that time working in an other company as a McKenzie friend for a dad, Will. Not uncommonly in this day and age, sadly, he had been in and out of court for nearly the whole of his young son’s life.

The mother, after separation had gradually and consistently interfered with the relationship causing little Zac to become fearful of his father…there were many allegations but all unfounded.

Zac was now nearly 6 and the Court had effectively it seemed reached a stalemate trying to get some parenting time for this dad and son up and running and the psychologist who was instructed had recommended me. I had worked with her with another family and had good results. Word of mouth is everything in family law. Its just too important to get wrong. 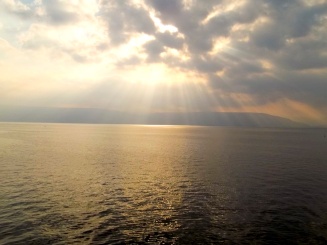 She had helpfully set out what she felt I needed to do in terms for working with the family and the elements of reparative work she felt were needed to ensure that this fractured attachment was mended.

A very specific and detailed letter of instruction was sent to me. It was stated that this child had certainly been alienated from his dad and that this dad -about whom there had never been any safeguarding concerns- would need to work closely with me and my team and take advice on an ongoing basis.

Not only this but he had to pay for this input, the mother having stated that she had no means by which to contribute.  Fortunately he was in a position of being able to do this. Not always the case.

The plan of work  from the psychological assessment formed the basis of my instruction and was also included in the Court Order. This made it clear that this wasn’t something that was a choice for the family, this was an Order of the Court, non compliance with which would have consequences.

Will would of course have to be observed with Zac and have those observations picked over and scrutinised. His parenting style and his approach to Zac would be the subject of feedback and advice sessions.  It was recognised that the complex family dynamics also needed work or the prospect of change was somewhat distant.

I was also required to work closely with the maternal family and ensure that they understood that the process of reuniting this son with his dad was not negotiable, that the consequences of their non compliance with the plan of work were likely to be that he would be removed from their care and placed with Dad.

This involved spending time speaking to each member not only of the immediate family but having worked out fairly early on that the maternal grandmother was a significant authority figure, ( a view shared by the psychologist) I felt she also needed to be interviewed and included in the work.

This was done with limited success and some notable resistance. That never puts us off though, quite the opposite. Resistance without cause is a PA indicator.

This also meant considerable direct work with Zac, which involved doing life story work with him and spending time speaking about his family.  With young children I find that using play and art gets consistently good results and I have whole collections of ‘sylvanian family’ characters and loads of colouring pens and glitter glue which seems to be a favourite of the girls especially!

I was tasked also with monitoring the mother’s progress with her newly involved therapist and looking at whether she was able to consolidate and put into practice what she was learning through that intervention.

An essential first step is to build a relationship of trust with the child. My practice is always to meet the child in a ’neutral place’. Having worked as a Children’s Guardian and social worker for many years I was aware that even a parent out of sight, in an adjoining room can have an effect on a child’s ability to be open and at ease at this stage.  I therefore spoke to the primary school and travelled to meet with the form teacher before even planning my meeting with Zac.

Good social work involves an understanding of what I call the culture of childhood, that is recognising the significance of those early friendship networks, the centrality of play in the development of the child’s imagination, and crucially the authority and esteem attached to the teachers at the first school. Much is learned by working with the teacher who is closest to the child and an alliance with that person will, if observed by the child, increase trust in the social worker.

The fact that Mrs Phillips introduced me to Zac in the first place meant in fact that I was already viewed as a trusted person. 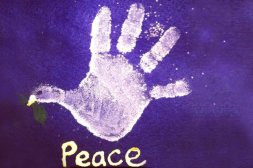 The first interviews ( for want of a better word) with the child particularly at this age are necessarily unfocused and informal. Sitting on the floor playing and drawing and definitely NOT talking about family or any other emotive issues tends to be the pattern for the first two or three visits.

It never fails to amaze me that children who have been alienated will volunteer their thoughts and feelings as soon as they feel emotionally safe, and sometimes this happens at the first visit. It’s important to just note what they say and not jump on it, this is a skill honed over years of practice, and is a skill central to good evidence in child protection work.

If they need to they will often without prompting return to the discussion, usually when there is no direct eye contact such as when drawing together or sometimes when playing in the park.

Zac was no exception. He said to me on the very first visit ‘I don’t like my Daddy’ something completely out of context ( we were talking about pets) and which I reacted to with slight curiosity but nothing else.

He then told me in this first and again in the second session that Daddy was ‘a bad person’ and that he had smacked him when he was one.

He also told me that Daddy hadn’t been there when he was born.

Yes, that is certainly an odd thing for a child so young to say but those of us working with alienated children have heard it many times. The child rewrites history according to the script given to them and through repetition of this script, comes to believe it. This is so damaging , eroding as it does the trust a child needs to have of their parents.

Due to Zac having said these things so early on I was in a position where I needed to gently explore and challenge these ‘truths’. To do this I usually ask for photographs of the child with the estranged / alienated parent, from as early as the child can be recognised by him or herself. Luckily Will had a photograph from when Zac was born, he was holding him and the picture included the mother in the maternity unit.

I was able to show these to Zac when I took him for a pizza on our second time meeting together and when he realised he was the baby in the picture ( he is an only child) his face lit up.   We agreed that he was ‘mistaken’ about daddy not being there when he was born and he looked happy about that.

Another photo of a family holiday at center parcs was shared and this included a cousin on the paternal family side who Zac hadn’t seen for 3 years.  It is common that all relatives on the ostracised side of the family are viewed in the same negative way resulting in the child losing not just a loving parent but also the extended family on that side. Including grandparents.

An important factor in this work is again to try to see things through the child’s eyes…as an idea how long 3 years might feel for a child try to recall how long the summer holidays seemed when we were at school..they seemed to go on for aeons…yet 6 weeks now? Goes by in a flash.

So that’s not only more than half of his life,  it will also seem to him like a lifetime.

Well, it was a gamble but it paid off. As it has before.

I decided to use the young cousin ( and his mum) as a ‘bridge’. This means that instead of immediately introducing Zac to his dad I utilised the extended family to make more phased and gradual progress towards that end.

I intuited that whilst it was perhaps too early to introduce Dad, ( I had had scarce time to make a meaningful start on the life story work ) that Zac was ready to see other family members.

Next time…….bridging from the extended family to re-uniting with Daddy!

Please Note:  If this post has struck a chord, we will gladly refer readers to Alison and her colleagues or other proper and respected professionals who add value, deliver results and operate in line with our core principles. Should you wish us to refer you to Alison please contact us here.

We are also more than happy to feature quality content by writers; any wish to remain anonymous will be respected, as is the case above.