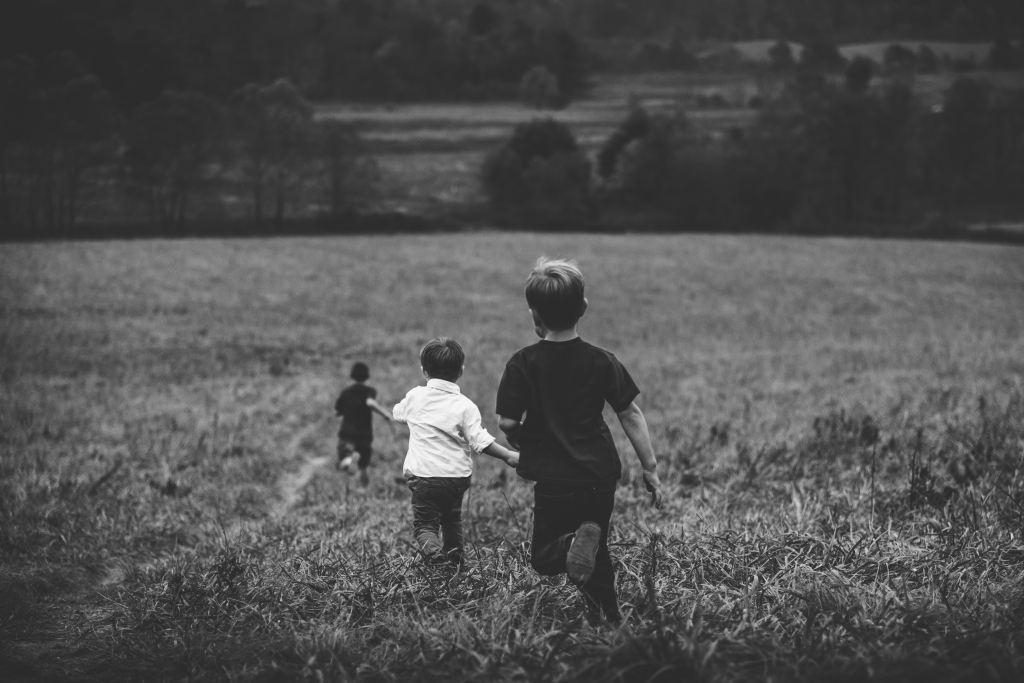 I am a father of three beautiful children. I have no relationship with any of them. I am not absent from their lives by choice.

Their mother and I separated in 2016, from that point onwards none of our lives would be the same again. This is not a story of mudslinging, nor is it a story of a messy divorce. It is simply a story of unconditional love.

Following our separation, I was immediately denied contact with my children by their mother. Please note, there were no justifiable reasons for this to happen, that’s just how the current system works.

I now realize that I was in a toxic relationship and something had to give. You can only hang on in there for so long.

By choosing to opt-out of this relationship, I paid the ultimate price.

A small circle of close friends and family stuck by me. They know the truth.

Children’s services became involved. They documented the children’s perspective of me as a father. All the children told services that I was “a great dad,” “a ten out of ten dad.” The children also openly talked about how they loved me and missed me. My youngest child also openly said she wanted to see me.

There was a narrative garnered from my children by services, but, unsurprisingly it did not fit with the false allegations.

For the next two and a half years our case remained active to services and the family justice system. Their mother was issued with numerous court orders to facilitate both contact and psychological interventions for the children. All court orders have been breached.

Services determined that my children are being exposed to a significant level of psychological abuse, by their very own mother. Psychological abuse was presented in the context of contact denial, denigration of my character in front of the children, and most damaging, the children were being led to believe by their mother, that I had left them all.

I felt powerless. I spiralled into a state of depression. I spent more than £25,000 on legal fees in the hope of seeking justice. My children’s mother has spent a similar amount on keeping me away from the children.

I have come to learn there is no justice in the family justice system here in the UK. My children continue to be abused and denied contact with me. I have also learned that too many professionals within this system allow themselves to be duped by parental stereotypes.

The mother of my children played the toxic masculinity card, and enough professionals believed her, despite overwhelming evidence to the contrary. Evidence that they themselves had gathered.

I am now what is known as an alienated parent. This is due to a form of abuse known as parental alienation.

This is a contentious and divisive topic. There are many that call it ‘junk science.’ Its critics argue that it is a way for abusive parents to regain access to their children.

Like any other form of abuse, the existence of false allegations should not equate to the non-criminalization of any kind of abuse.

My three children have had this false narrative entrenched into their mindset since 2016.

As a psychiatric nurse, I am aware that they have had a false memory imposed upon them. I am also aware that emotional transference has occurred. I am also aware of the results of children going through their formative years with feelings of abandonment, loss and rejection by a former loving parent. Evidence informs us that such circumstances increase risks of mental health issues, illicit substance use and the misuse of alcohol. The damage parental alienation has on a child should not be underestimated or dismissed.

I cannot control the behaviour of my ex-wife, no more than I can get to my children to tell them I have not rejected them.

Just prior to closing the court case, the court agreed for me to attend the former matrimonial home once a week. The court’s light-handed rationale was that my children would come down and meet with me.

The first week I attended, their mother ordered them downstairs. All 3 of them stood in front of me. My middle child ‘T’ was the spokesperson. ‘T’ was aged 12 at the time. He articulately informed me that all 3 of them wanted to move on with their lives. He talked in an emotionally blunted manner. He then concluded his statement by informing me that they wanted me to leave them all alone.

A social worker was present. In response to ‘T’s’ heartbreaking rhetoric she remarkably and insensitively stated, “well that was progress”.

This was not progress at all. What I had seen was evidence of our children having been turned against me, by their very own mother, and with no justification.

I continued to attend the family home weekly for another month or so. On each visit, the children ‘refused’ to come down and see me. Each week I sat in the kitchen, with their mother’s back to me, I would sit there for approximately half an hour. I would take a colouring book. I would sit there and colour in some pictures. At the end of every visit, I would leave the pictures for the children. I would also leave them a handwritten note from me, reminding them that I love them and that I will always be there for them.

During these visits, I made some observations. Someone had removed all photographs of me from the house. Any former evidence of me having been part of the family had been removed. I had clearly been erased from the lives of the children.

Interestingly, there remained a large framed picture hanging on the kitchen wall. I had purchased this for their mother several years ago. In the bathroom were my music related pictures still hanging on the wall. Their mother has my favourite song as her ringtone. I have come to the conclusion that any mementoes connected to me, their mother has kept. But any visible connection between me and the children had been removed.

I love being a dad, but I now find myself grieving for children that are still alive.

As a result of the above circumstances, I now live with depression. This has taken me to the darkest of places. Places in my mind I never believed I would go.

I understand that being erased from my children’s lives results in depression. But, understanding this does not lessen the pain I feel every day.

It is the love I have for my children that keeps me going. I know that, despite their claims of wanting me ‘to leave them alone,’ they still love me.

Ironically it is the unconditional love I have for my three beautiful children that causes me such pain. But, it is also the love of the close circle of friends and family that keeps me strong enough to function.

The love I receive from my friends and family has made me stronger. It enables me to face life’s adversities. This love may not prevent me from being knocked down, but it is this love that enables me to get back up every time, dust myself down and carry on. It is the same love that has enabled me to grow, to discover skills I never knew I had.

The same love informs me that we are all alive for a finite amount of time, and whatever life throws at us we have to stand up and face it. And be as strong as we can.

Life does not always go according to plan, life can be cruel. But it is always beautiful. There is always beauty and love around, we just need to look for it.

Originally published in Medium publication P.S. I Love You, 22 June 2019.